Play’n go recently released a sequel to hit slot game from 2013 called Troll Hunters™. Troll Hunters 2 is a video slot game with very popular Play’n Go grid-style 5×5 pay lines. Spins can be played from a value of 0.20 up to 100.00.

Game is centered around the Troll Hunters, Ylva, Borghild, and Astrid. Female Viking warriors that are protecting their village form a troll threat. Each of them has a unique bonus feature. It’s up to you to decide with which character you want to play.  It also includes the supplier’s well-known Win Spin feature incorporated into its free spins, which guarantees players a win on each Win Spin. 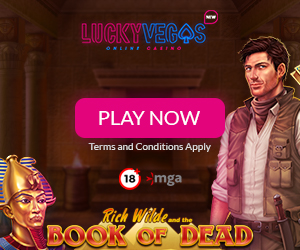 The general theme of the game is Norse mythology and as we mentioned above, a lot of bonus features are included. 4 in total. We have an increasing multiplier for consecutive wins, a multiplier wilds feature for wins with troll hunters, free spins feature with multipliers up to 3x, and a Win Spin feature where you’ll get a 2×2 troll multiplier wild (up to 3x) on every spin.

Just like the other Play’n Go slots this one also has autoplay possibility and turbo mode in which symbols are dropping down faster than in normal mode.

Play’N Go has marked this video slot highly volatile so it will be worth giving some time to the game. It will pay off! The RTP of the game is 96.50%. If you played the original game we are sure that you will enjoy this one as well. With plenty of bonus features and various wild symbols to explore you will undoubtedly have tons of fun in this great sequel to already great original!